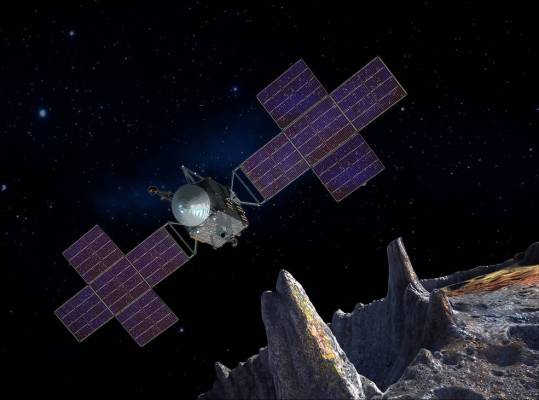 NASA said Friday that its Psyche mission (named after the asteroid the mission is targeting) has been rescheduled to October next year. The news comes just a few months after the agency announced that it would definitively miss its planned 2022 launch attempt. The delayed schedule is due to late delivery of key components of the spacecraft, including the flight software and testing equipment. The launch window for this year concluded on October 11.

NASA conducted an internal review to determine whether the mission could launch next year, in addition to a separate independent review commissioned by the agency to examine the failures that led to missing the launch window. It appears that the review determined that next year’s launch is a go.

The mission, which is being led by Arizona State University, will explore the metal asteroid dubbed “Psyche” located between Mars and Jupiter. It was chosen for exploration because scientists believe it is the nickel-iron core of an earlier planet, making it a rich target for understanding how our own planet came to exist. Folks with asteroid mining ambitions, of course, undoubtedly also have their interest piqued.

Total mission costs, including launch, are $985 million; of that, $717 million had been spent as of June. Two additional projects were scheduled to launch with Psyche: a NASA mission called Janus, to explore a twin binary asteroid system, and a technology demonstration of high-data-rate laser communication data. The latter has already been integrated with the Psyche spacecraft and will launch with it, but NASA is still exploring options for Janus.

In February 2020, NASA announced it had awarded the launch contract to SpaceX for a value of $117 million. The agency booked a ride on a Falcon Heavy, the most powerful rocket currently in operation and which has only flown three times in its history. (The fourth could take place as early as next week.)