Yeah, yeah. I know. Buying a record player isn’t going to fix everything that’s broken. But it was a nice thought, however fleeting. Long before the iPod, this strange mutant existed. Too weird to live, too strange to die, as someone once famously put it.

The Audio-Technica Sound Burger — as it has affectionately come to be known — has also felt like a glimpse into some alternate timeline, where vinyl records didn’t have to go away entirely to make a resurgence. Obviously the size of a 12-inch LP immediately mitigates any pretension of portability, so in the era of the Walkman, a product like this was always destined to be an evolutionary dead end.

That, of course, hasn’t stopped countless companies from producing countless knockoffs in the intervening decades. Nor, thankfully, has it precluded Audio-Technica from taking another spin with the delightful AT-SB2022. The newly announced take on the form factor is priced at $199 and is — understandably — a limited edition. The release was specifically timed to coincide with the company’s 60th anniversary.

Unlike its ancestor, which was built with wired headphones in mind (and shipped with a pair for that matter), this version has built-in connectivity, so you can pair it with a wireless headset or speakers. There’s also a built-in battery rechargeable via USB-C that can get up to 12 hours in a single go. So, it’s not going to make all the bad news go away, but it sure would be a lot of fun to bring along for an afternoon of crate digging. 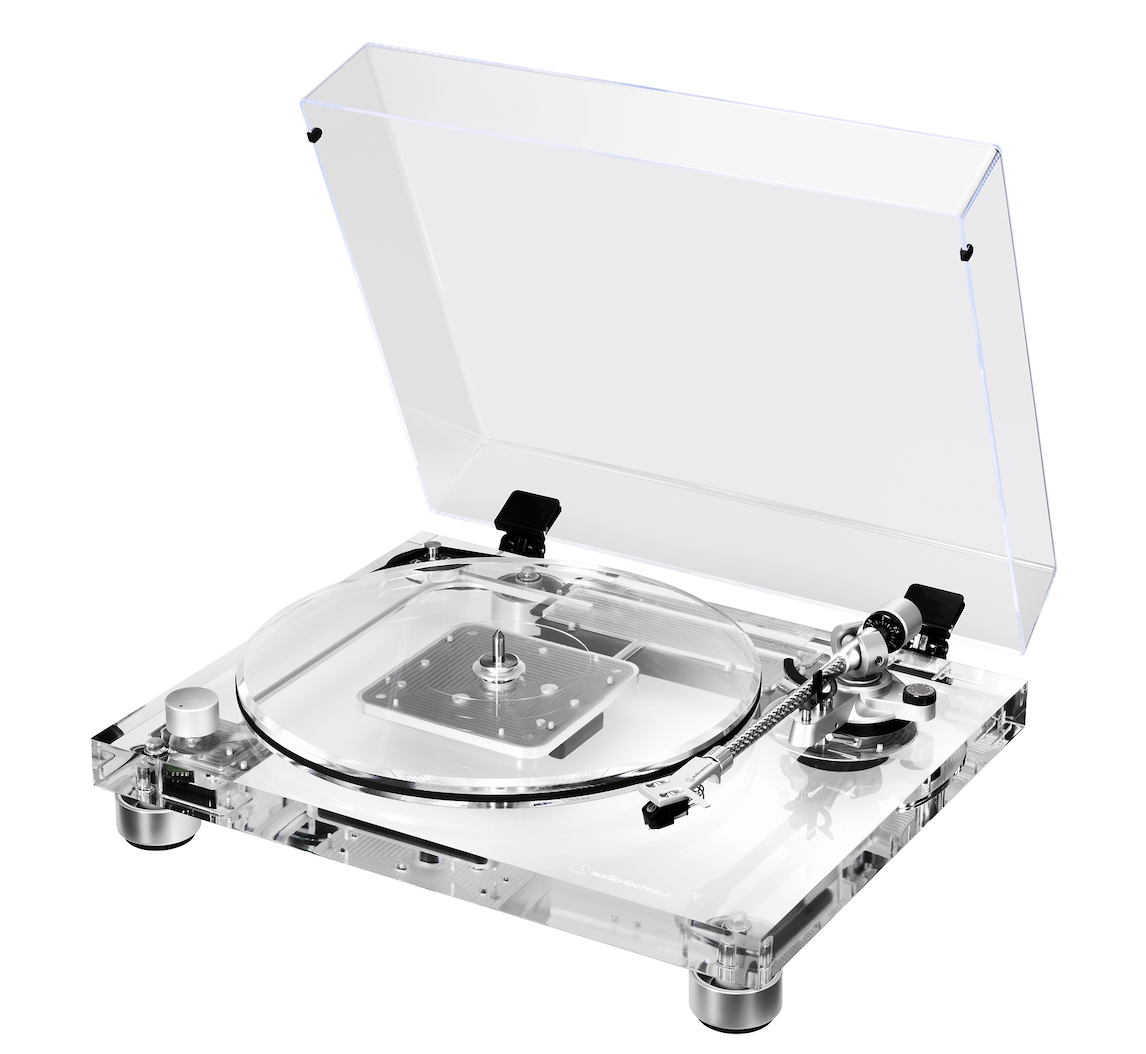 If your pockets are considerably deeper, there’s always this fully transparent limited edition AT-LP2022 available for a cool $1,200. The belt-drive-operated manual turntable sports a Shibata stylus and carbon-fiber tonearm, all for the price of six Sound Burgers. If that’s not enough, there’s always this $9,000 stereo cartridge with a lab-grown diamond.

Maybe that will help drown out the news for a bit.