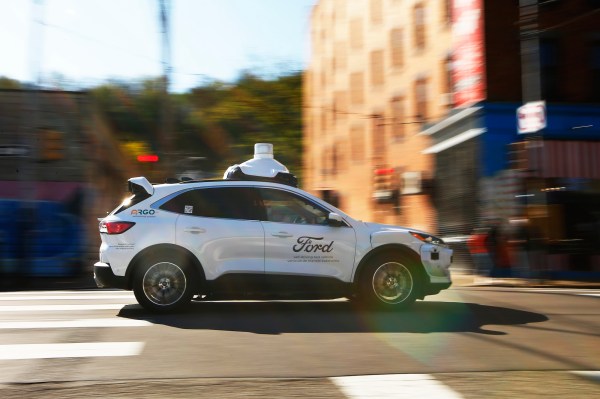 Ford and Volkswagen are trying to squeeze any remaining value out of Argo AI, the autonomous vehicle startup the two automakers invested billons in before abruptly shutting it down last week. One of the primary items on the block: Argo Lidar, an 80-person team and the lidar tech they developed, according to sources familiar with the unwinding of the company.

Argo AI was barely a year old when it acquired Princeton, New Jersey–based lidar startup Princeton Lightwave in October 2017. The acquisition, backed by Ford, was hailed years later as helping to provide a key piece of technology in Argo’s full self-driving system.

Lidar, the light-detection and ranging radar that measures distance using laser light to generate a highly accurate 3D map of the world, is considered by most in the industry a critical sensor required to safely deploy autonomous vehicles at a commercial scale.

The team, which is still based in Princeton, developed medium- and long-range lidar sensors.

Argo has said the long-range lidar has the ability to see 400 meters away with high-resolution photorealistic quality and the ability to detect dark and distant objects with low reflectivity. Back in May 2021, Argo CEO and co-founder Bryan Salesky told TechCrunch that the lidar sensor was developed to be cost-effective and manufactured at scale, two factors that matter for any company trying to commercialize autonomous vehicle technology.

LG Innotek, a South Korean electronics components manufacturer, began manufacturing the lidar units for Argo this year. Sources say there has been interest from companies in other verticals — meaning outside of the AV world — in buying Argo Lidar’s sensors. Whether any of these interested parties will jump at buying the entire lidar team is unclear.

Meanwhile, some of Argo’s 2,000 global workers are getting offers from Ford and VW. Combined, the two automakers invested $3.6 billion in Argo — $2 billion in cash and $1.6 billion in value when it took over VW’s Autonomous Intelligent Driving subsidiary. It became its own entity called Argo AI GmbH.

VW plans to absorb the Munich-based Argo AI GmbH — an office with more than 200 people, many of whom previously were part of AID — back into the company. VW is also offering jobs to about 100 former Argo employees based in the United States, a move that suggests the automaker is keen to set up some operations stateside.

“Several hundred” employees will be offered positions at Ford, according to sources.