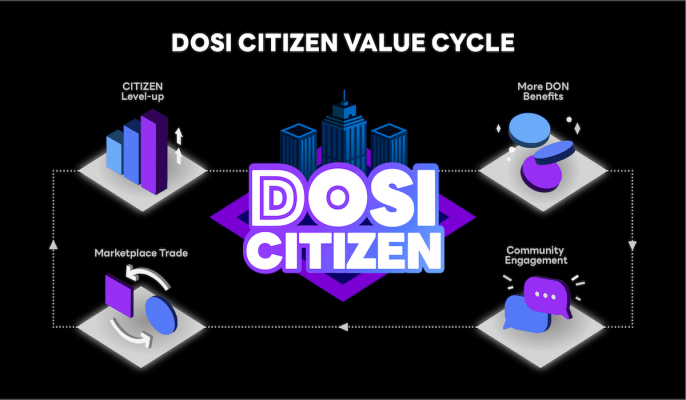 The announcement comes nearly a year after Line said it plans to launch an NFT service in 2022 to provide a marketplace for companies and individuals to trade NFTs.

The company says anyone can easily trade NFT on its DOSI platform, which offers a simplified transaction process. Once users connect the DOSI wallet to MetaMask, an Ethereum crypto wallet, they can buy or sell NFTs with just a few clicks. Users can pay with Ethereum, credit cards, Naver Pay and more to trade NFTs.  LineNext plans to add more crypto assets and mobile payment services in each country.

The company claims that DOSI has amassed scores of users from 149 countries and issued more than 100,000 DOSI Wallets with 170,000 membership NFTs since its beta service launch in September. DOSI’s citizen membership service helps users acquire membership points, called DON, by participating in the NFT community activities or purchasing their NFTs.

LineNext has released a string of NFT projects partnering with companies, including Korean media mogul CJ ENM and its parent company Naver. The company plans to launch diverse additional NFT projects to help make NFTs more familiar to users in the future.

“We are determined to create a new kind of NFT experience for users,” said the chief executive officer of LineNext, Youngsu Ko, in a statement. “It’s not just an investment or a new kind of technology. For us, DOSI is about making NFTs fund and easy to use, creating benefits for our users and building communities.”

LineNext, which has offices in the U.S. and South Korea, told TechCrunch last year its transaction brokerage fees will be the primary source of revenue.

The company could not be reached for comments when asked in which countries it operates the C2C platform service and the number of DOSI users.