Cleantech startup Airly wants to help communities around the world improve air quality with affordable sensors and software that provides actionable insights. Based in London and Krakow, the startup announced today it has raised $5.5 million.

The round was led by firstminute capital and Pi Labs, with participation from returning investors like the Sir Richard Branson Family Office, AENU and Untitled. New investors include Cal Henderson, one of Slack’s co-founders, Snowflake co-founder Marcin Zukowki and institutional investors Semapa Next and TO Ventures. This brings Airly’s total raised to $8.8 million since March 2021.

Airly is currently used by more than 500 local authorities in over 40 countries, with 5,000 of its sensors covering a total of 40,000 active measurement points. Cities include Warsaw, where Airly has installed 165 sensors, which the company says is the largest air quality monitoring network in Europe. It also has networks of sensors in United Kingdom and Indonesia cities.

So far, Airly has struck trategic partnerships with JCDecaux, NHS, NILU (Norwegian Institute for Air Research). It is also partnered with the DivAirCity project, which is funded by European Union’s Horizon 2020.

Airly plans to build a dashboard that will allow users to monitor more data and get insights on how air quality is affecting health, and how to improve it. It will include a report generator, insights, impact tracker and city ranking. An online map and mobile apps already lets people in a community check the air quality around them based on Airly’s data.

Airly started after co-founder and CEO Wiktor Warchalowski and two of his friends at AGH Technical University of Krakow were training for a marathon.

“During the course of our training, we found it hard to cope with the intensity and realized it was down to air pollution,” he told TechCrunch. “So we devised a system using our own air quality sensors to tell us where the cleanest air was and we used those spaces for our training.” 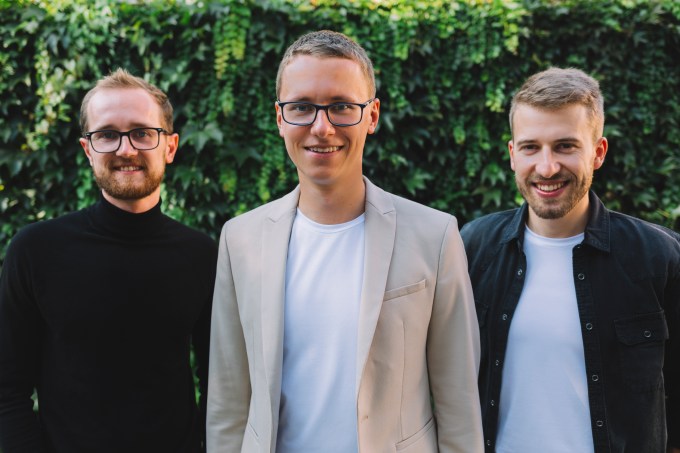 After realizing that other people had the same problem, they started building the Airly platform to monitor real-time air quality.

State-owned air quality monitoring stations are usually only affordable for large cities, Warchalowski explained, and since they are expensive, there are often only three to five covering large expanses of land. Not only that, but they typically have a delay of several hours in reporting data.

Airly wants to solve that problem with affordable sensors that are easy to install, so one can be on every street in a city. They also send data to Airly’s app every five minutes, so air quality can be monitored in real time.

The platform’s insights help communities gauge real-time health risks of poor air quality, based on WHO standards or illegal emissions. It analyzes trends to identify sources of pollution, and gives recommendations on how to improve air quality. For example, it can tell communities if they should implement low-emission zones, solid fuel bans and green school streets. It also tracks improvements once those measures are made.

A couple examples of how Airly has been used include the #LetSchoolsBreathe campaign in the United Kingdom, where Airly’s monitors were installed in 50 schools. It’s also helped a large city in Central Europe get evidence that fuel combustion-free zones were working as planned. Communities have used data collected by Airly to lobby local governments to take air quality action.

“On a macro scale, our data has repeatedly become an incentive to change local policy in terms of reducing the use of solid fuels, car traffic or influencing local polluters,” Warchalowski said. “Airly supports organizations in their journey to eliminate pollution, improve air quality and protect public health as the data is the first step toward pollution-free cities and communities. You can’t control what you can’t measure.”

Airly currently has 500 paying customers and uses a “sensing-as-a-service” model. Customers pay a yearly subscription based on how many nodes they access, and pricing starts from $540 per node per year. There’s a one time setup fee for installing devices.

One of Airly’s main competitors is Breezometer, which was (https://www.geektime.com/google-acquires-breezometer/) acquired in September by GOogle. Breezometer’s competitive advantage is the breadth of its air quality network coverage, which stretches across more than 100 countries and has a resolution of five meters. But Breezometer’s is not able to provide the hyperlocal insights that Airly can, said Warchalowski. Another competitor is Clarity, which is also building an end-to-end air quality and control platform with software and hardware. But Airly has a wider set of pollutant measures and it also delivers recommendations based on data.

Airly will use its new funding on research and development and to expand into new markets.

In a statement about the funding, Founders Fund and firstminute capital co-founder and executive chairman Brent Hoberman said, “Trailblazers in London are showing how real-time local air quality data is the catalyst for taking action to make our urban spaces healthier and more sustainable. I expect many cities and local authorities to follow their leadership, starting with more precise and local data. Airly is at the forefront of building this data infrastructure and our fight against air pollution, and we’re very proud to continue our support by co-leading their Series A.”